I’m not a big fan of trends. Trends come and go, and I’m not that interested in things that don’t have staying power, for two reasons mostly:

I think the above reasons are also why many homeowners are afraid to commit to wallpaper, too. I completely understand. Nice wallpaper is expensive and a major design investment — if you change directions in five years and take it down, it’s money down the tubes. You can’t reupholster it or paint it or change out the knobs, if you get my drift. So whatever wallpaper you choose, it had better stand up to the test of time.

That being said, even though I tend toward the traditional in my design, I also like to give it a little twist to go with, ummmmm, “vitality” (read, active and energetic little boy craziness) of young family life. Hence, I go for “fresh, classic.”

Surprisingly, Woods dates back to 1959, according to Cole & Son. Originally conceived as a screen print by Michael Clark, the Woods wallpaper pattern features bold sketches of trees making a forest repeat.

My husband saw Woods in a design magazine years ago (I wish I could find that issue) and fell in love with it. Yes, a man!!! He’s an outdoorsy sort, and he found it so restful. I, strangely, was a little fearful. This was my first foray into design that didn’t source materials from the nearest yard sale. I was worried about making a big and costly mistake.

We have an 18th century farmhouse, and I had long been thinking about how I could update its interiors for my family while retaining its historical character. The more I studied design, I realized that I could do that through using appropriate silhouettes in my furnishings, but upping the fun factor in textiles and wallcoverings. Many very old houses use toile (which, according to Wikipedia, is “a type of decorating pattern consisting of a white or off-white background on which a repeated pattern depicting a fairly complex scene, generally of a pastoral theme”) patterned wallcoverings:

I love Tom’s work! But that’s beside the point. The point is, I thought I could use Woods like a modern take on a toile.

Does it work for you?

A Walk Through the Woods

Even though the pattern is far from new, Woods has been featured in a ton of magazines during the last five years. A whole lot of homeowners have fallen for it, just as my handsome husband did. If you search, you find some great design. You’ll also find, in my humble and very flawed opinion, some not so great design.

Woods comes in a number of beautiful colorways, including: 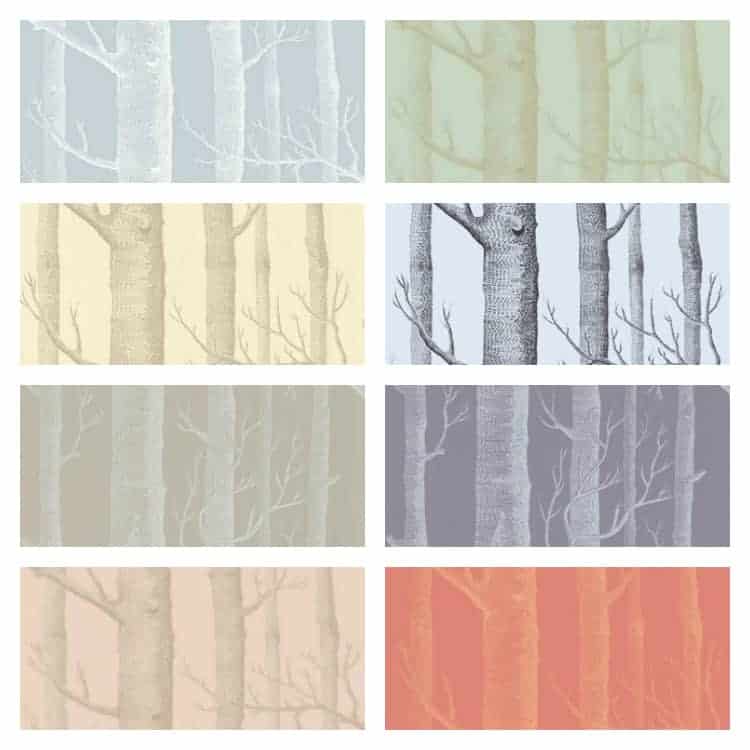 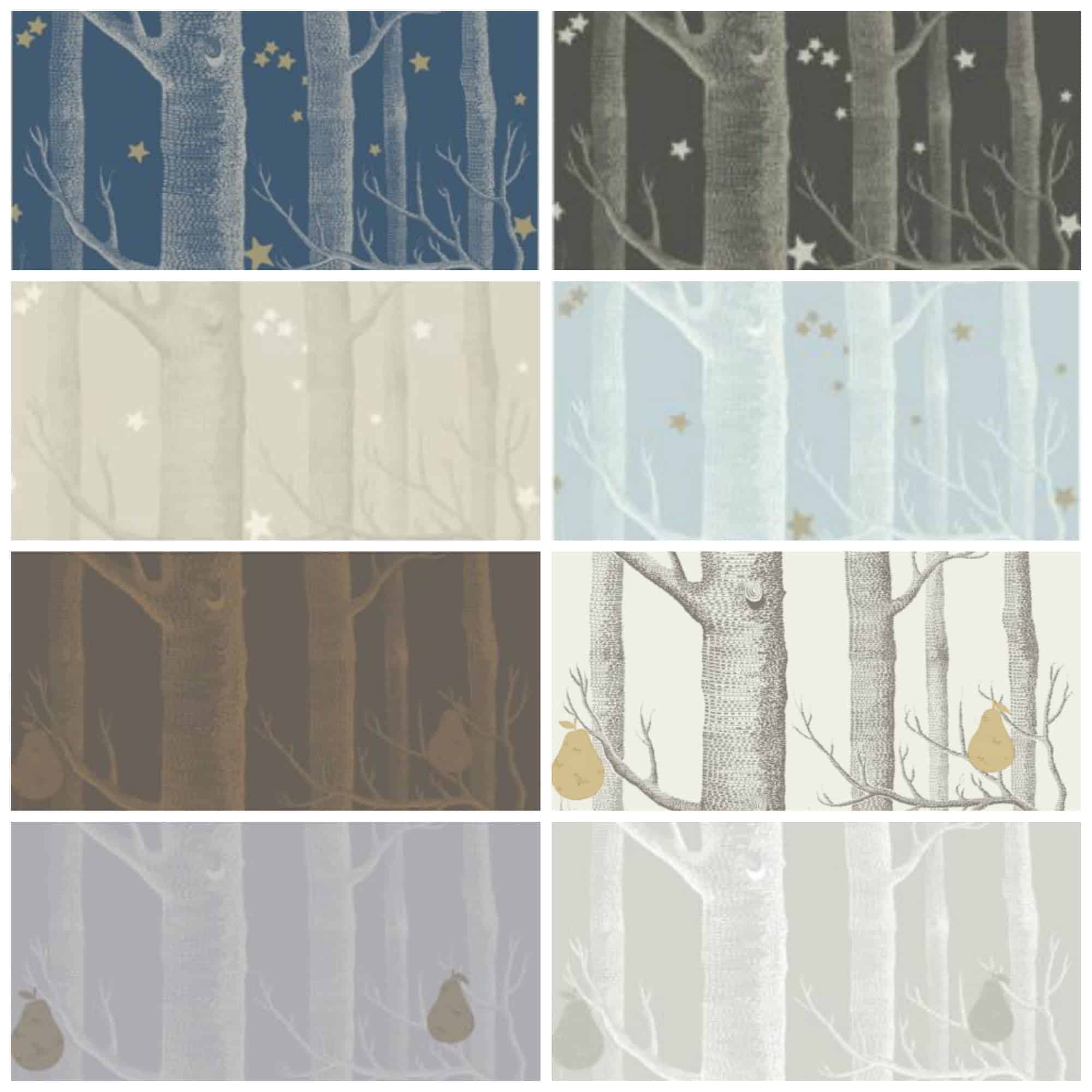 And that’s not even all of them!

I really tend to gravitate toward the softer, more tonal iterations of this paper (a girl’s nursery in the pink colorway, anyone?), rather than the black and white versions. I guess that’s because a walk through a birch grove makes me feel peaceful, and that’s what I wanted to feel when I used this paper. The high contrast black and white is definitely more energizing, as high contrast almost always is. Regardless, the below are all beautiful designs.

This whole project is GORGEOUS. The kitchen is to die for (if you die for color, that is). If you have an antique home and want to honor its roots while making it a little more youthful, go look at Tiffany’s work here!

There is definitely a propensity toward bedrooms and powder rooms — the place you want to feel the most calm and the place that most people are willing to go a little funky with wallpaper because of the small square footage and time spent in the room!

I think one reason all these rooms resonate with me is that the Woods paper is used on every visible wall, so that it wraps the room. (Except in Fawn Galli’s hallway, where it serves more like a tree-lined allée up to the artwork.) Not used as an accent wall. Isn’t that much the point? To be wrapped, cocooned, surrounded by the forest?

Also, for the most part, the paper is the star. I mean, there is a lot, going in it. Keeping the rest of the surroundings a bit more quiet allows it to shine without over-stimulating your inhabitants.

Please realize that these comments (including those in the next section) are entirely my own opinion, and I don’t mean to disparage anyone. Anyone is free not to love the stuff I’ve done, too. The rooms below are very close to what I love, but they miss gaining my full enthusiasm for the following reasons: 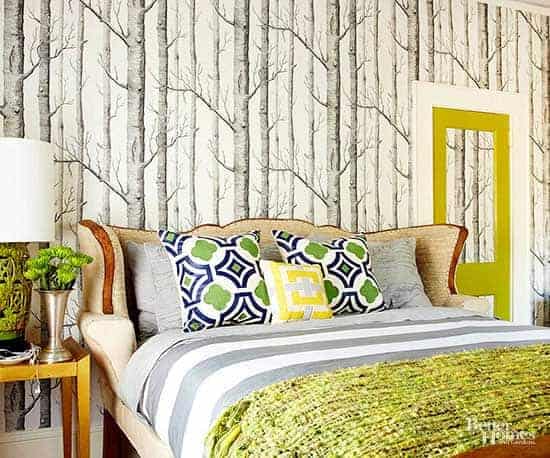 Just a little too much additional large-scale pattern when paired with Woods. I feel the large pillow pattern and the big stripe just compete, rather than complement. (A usual pattern mixing tip is to balance a large scale print with a small scale one.) Perhaps a solid white comforter small scale print on the Euro shams, even in similar colors, would feel more balanced to me. Very cool bed, though. 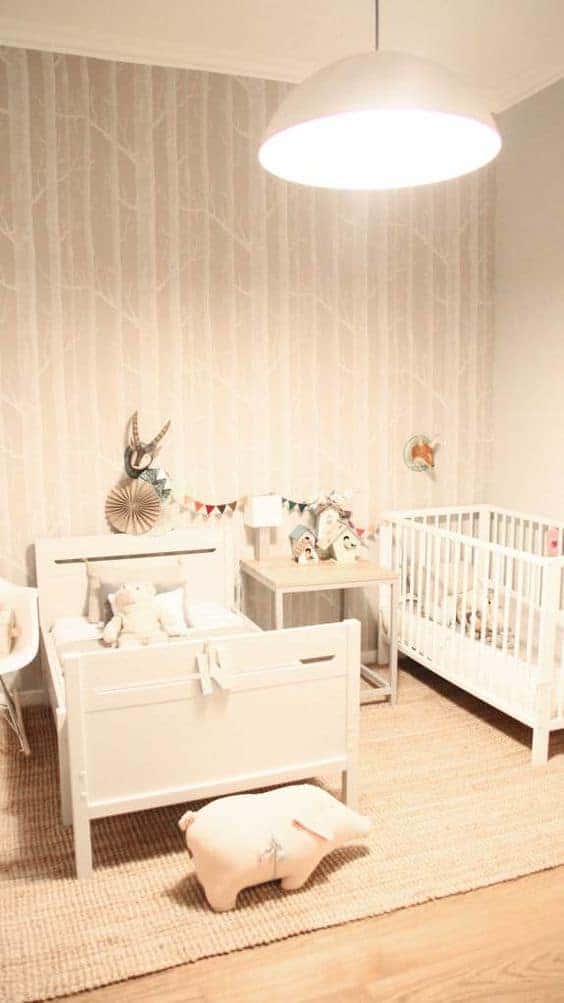 Not a great picture, but this nursery is very nearly awesome. I just wish it were wrapped all the way around in Woods! Then it would be a fairytale forest. 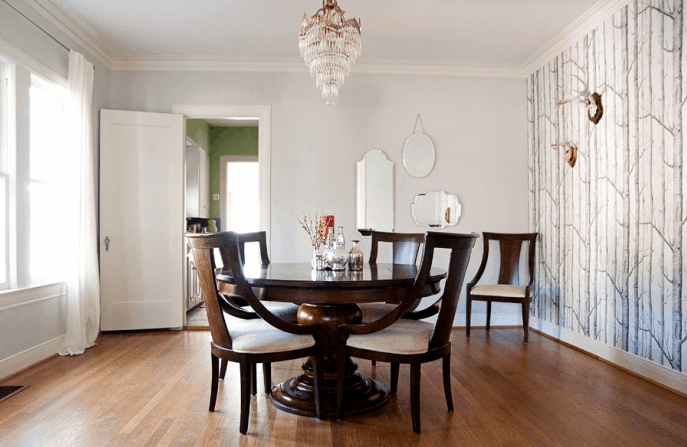 Same thing here. I love the pretty/rustic mix — the antlers, the chandelier, the mirror collection, the sheers, the rich wood against the white surroundings. Just doesn’t look quite “done.” I wish the homeowner had taken it all the way around. And put in a rug for softness. 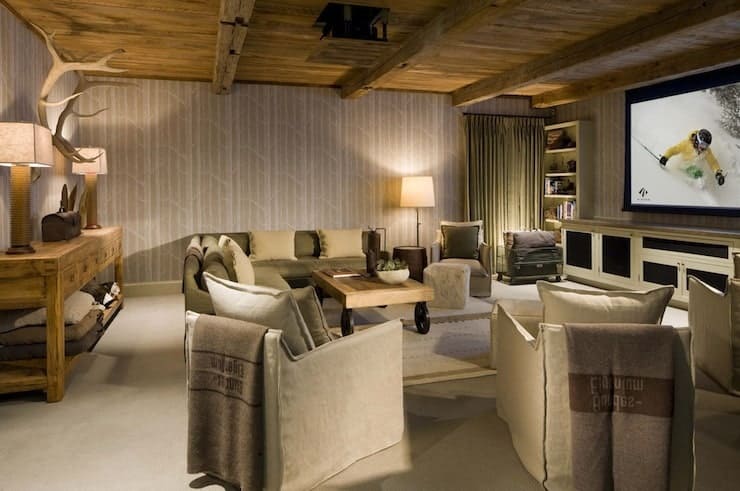 I stared at this image a loooooooong time. There is so much good going on, and the color combination (beige Woods, sagey greens, naturals and off whites, the timber ceiling) is perfect. And I come down to this conclusion — I don’t think Woods lends itself to really large rooms. Purely IMO. Somehow, the enveloping quality that it has gets lost in a big room. But you are welcome to love it here.

Don’t Try This at Home

Woods is not a beautiful hand-painted chinoiserie panel. It doesn’t work well framed. Just looks like you bought a remnant. (If you do buy a remnant, wallpaper the back of a closet instead. It will make you happy when you open the doors and be a little room of its own.) 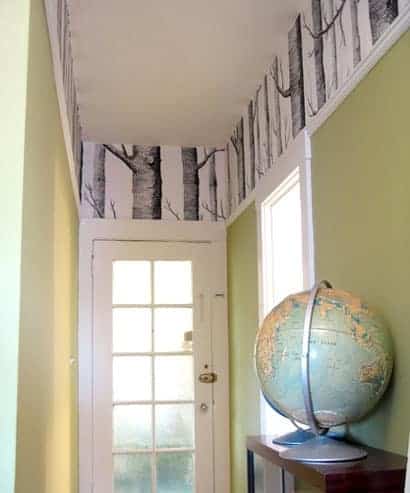 Forest floating above your head. 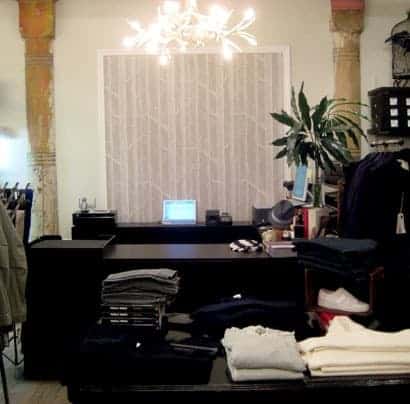 Window to the outside?

Accent walls can be really tough unless you know what you’re doing with your design plan. They can work, but they can also add confusion and/or a tunnel or runway effect. 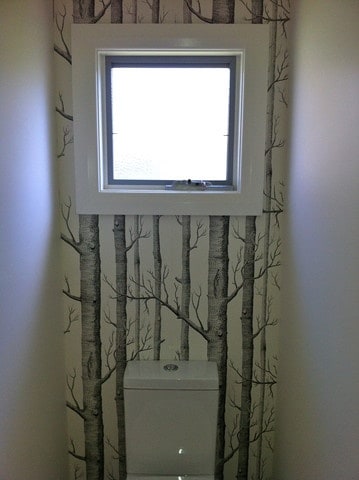 Nearly what the kids in The Lion, the Witch, and the Wardrobe saw as they emerged from the wardrobe — except a toilet instead of a lamppost. 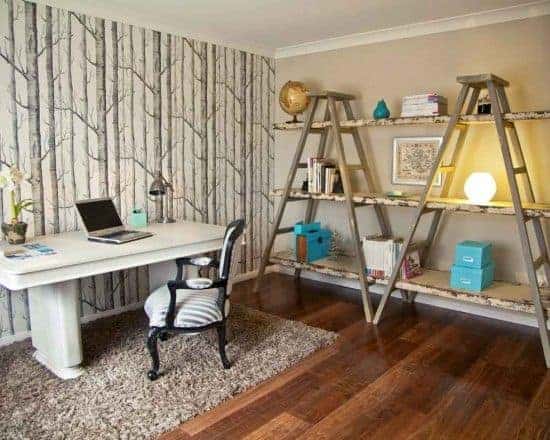 A few issues here, but overall just not enough cohesiveness and the accent wall just adds more confusion for me. I think painting the whole room (with a bigger rug) and big piece of woodsy art over the desk would feel better to me. 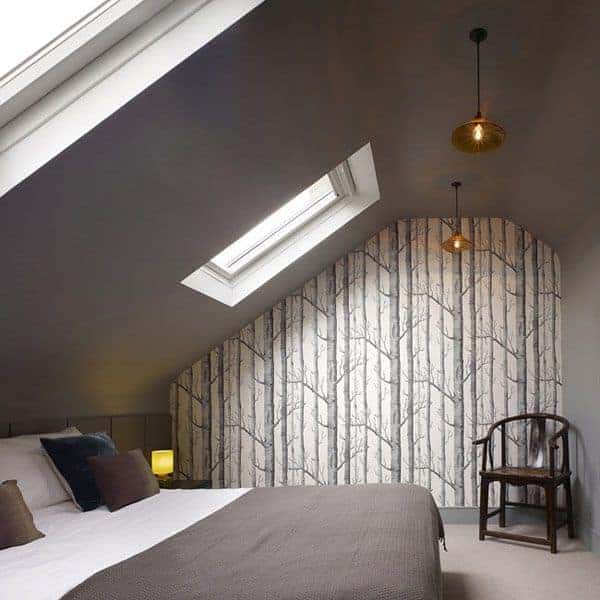 Using as an accent wall at the end of a long room with a slanted ceiling = tunnel effect.

And there you have it! My opinions on Cole & Son’s Woods by “a partial, prejudiced, & ignorant Historian” (The History of England, Jane Austen), or decorator, in my case. It’s a trend that’s been going strong for a long time. That’s classic.