My 3-Year Review of the Best Cordless, Battery-Operated Window Candles

I realize that a review about cordless, battery operated window candles may seem a little early yet. (At the time of this post, Halloween is tomorrow.) However, the days ARE already getting darker, and with backorders and shipping delays from the never-ending repercussions of COVID — not to mention that these candles sell out every year — I’ve decided to cave and write this review now in order to give to you the leg up on your holiday cheer!

So bear with me, please! NOBODY hates when Target pulls out the Christmas decorations before Labor Day more than I do. It almost pains me to write!

ANYWHO! Back to today’s topic. It seems to be a pretty long-standing tradition in New England to put candles in the windows at Christmas time. The 7 mile drive from Concord to my town is just one house after another, all with candles. Then you hit my village with its Main Street lined with 200+ year old homes and it’s just candle city! I love it. 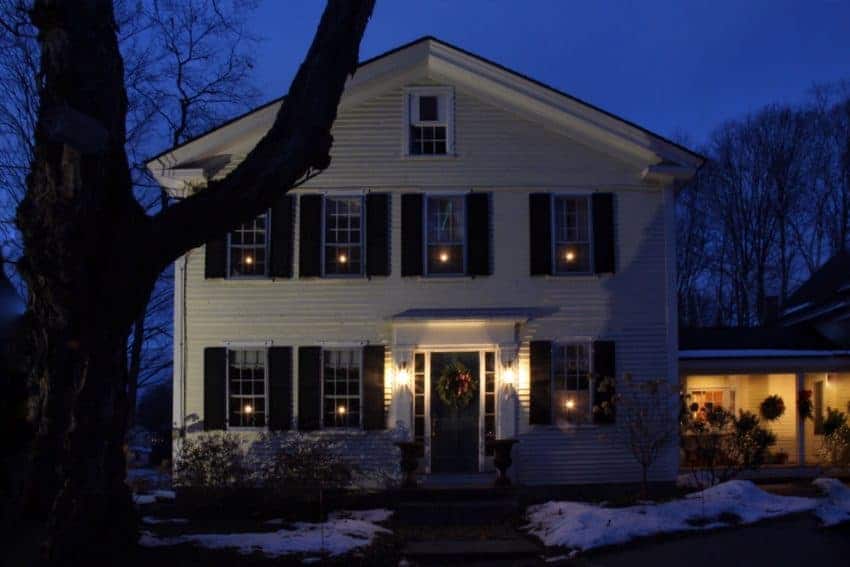 What I love even more is that most people keep their candles up all winter long, even after the holidays are over. Perhaps because it gets dark before 4:00 here, and it’s friggin’ cold all the time — we all get a little seasonal affective disorder. The poor Handsome Husband basically doesn’t see the sun from November to April except on his days off, so having some cheerful candles in the windows at least makes the commute a little less dreary.

But how did all this candle-lighting business get started?

The History Behind Candles in the Windows at Christmas

Lighting candles in the windows began as an Irish tradition some time between 1691 and 1778 as a way to get around the British government’s Penal Laws (a series of laws imposed in an attempt to the Catholic Irish to accept the Protestant Church of Ireland).

Priests were basically outlaws and lived in hiding, celebrating Mass in secret. According to this source:

During Christmastime, Irish Catholics would light a candle in the window and leave the door unlocked, allowing priests to slip into their home safely to say Mass.  When the British questioned the Irish about the candles, they said that it was a way to welcome Joseph, Mary, and the Baby Jesus during Christmas time.

It is estimated that as many as 4.5 million Irish arrived in America between 1820 and 1930. Between 1820 and 1860, the Irish constituted over one third of all immigrants to the United States. So it makes a lot of sense that the practice of candles in the windows — albeit with a different meaning — worked its way into our winter-time, dark-night traditions.

Over time, candles in the window came to mean safety, beacons showing weary travelers the way to refuge. During the wars of the 19th century, families lit a candle every night in hopes that their missing member would find their way home safely. Now they light my husband home on his streetlight-less 7 mile drive.

We’ve always had candles in the windows … until a few years ago when I was fed up and didn’t have ANY.

I’d gone through about 2.5-3 collections of candles in our (then) 5 years in the house up to that point. First I got the cheapies that were battery operated with a light sensor, but the darn things weren’t bright enough and even then I was always buying new bulbs. So I wasted that money.

Then I bought ones with cords so they would be more powerful. But then, not only did I have a trillion ugly cords everywhere, but the cords threw the d*** things off balance and the candles had to be taped down. Even so, a number of them flipped (sometimes due to Things 1 & 2) and shattered bulbs, etc. More money down the tubes. Still no good candles.

I estimate I’ve wasted probably $150 on candles that didn’t work out because I was trying to save money. Penny wise, pound foolish. Anyone else have this problem?

I advise clients to invest in their home interiors and stop wasting money and time on one-off and/or cheaper items that don’t work out, so I figured it was time to take my own advice. Candles in the windows are important to me, so it was time to invest.

I did A LOT of research, and I found these. The reviews were excellent. 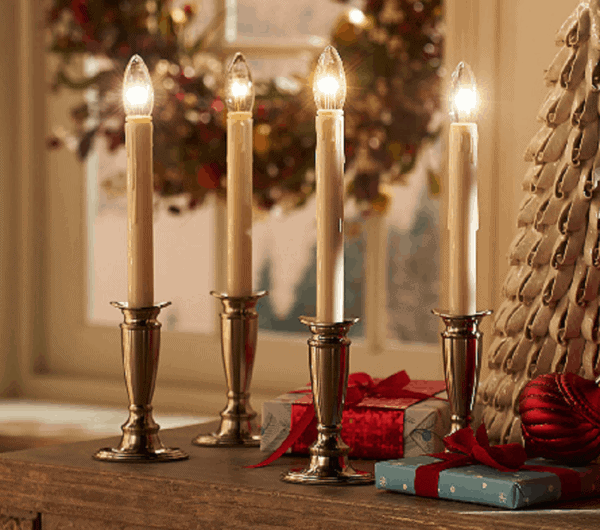 What I love about these candles:

The 2 heights were key for me. We have some 200 year old windows and some replacement windows. The mullions are at different heights. With these candles, I was able to accommodate both. 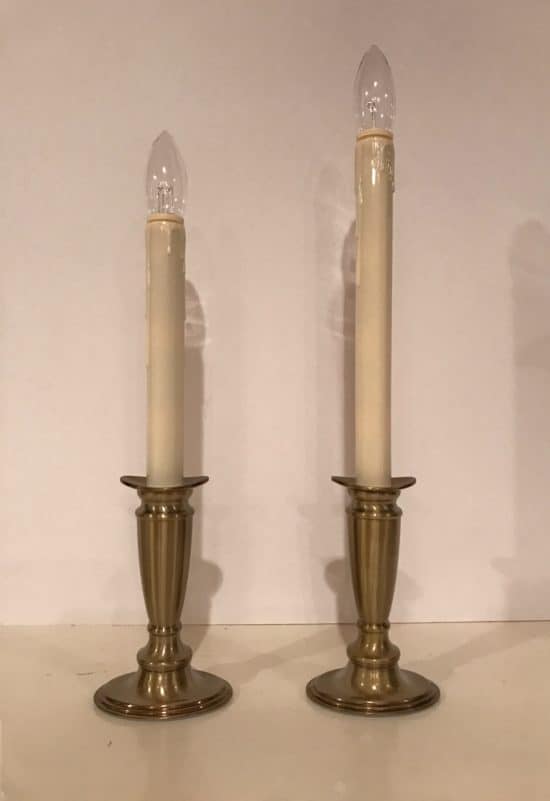 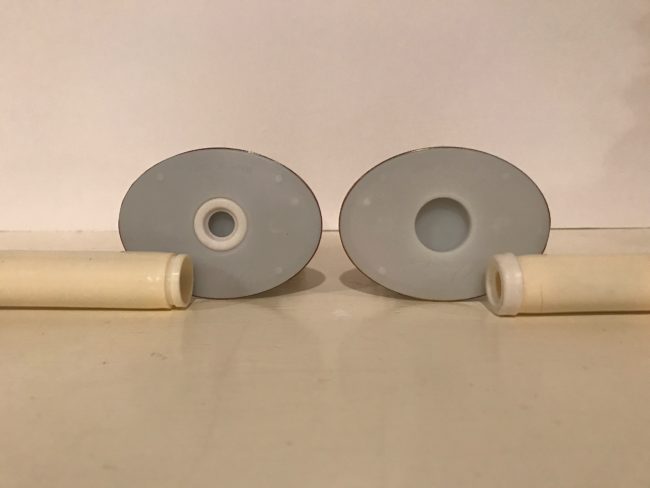 On the left is my short candlestick and on the right is my tall one.

I took a little video to show you the realistic flicker!

The candles come really well packaged with one extra bulb per box. You can buy replacement packs of 4 here. 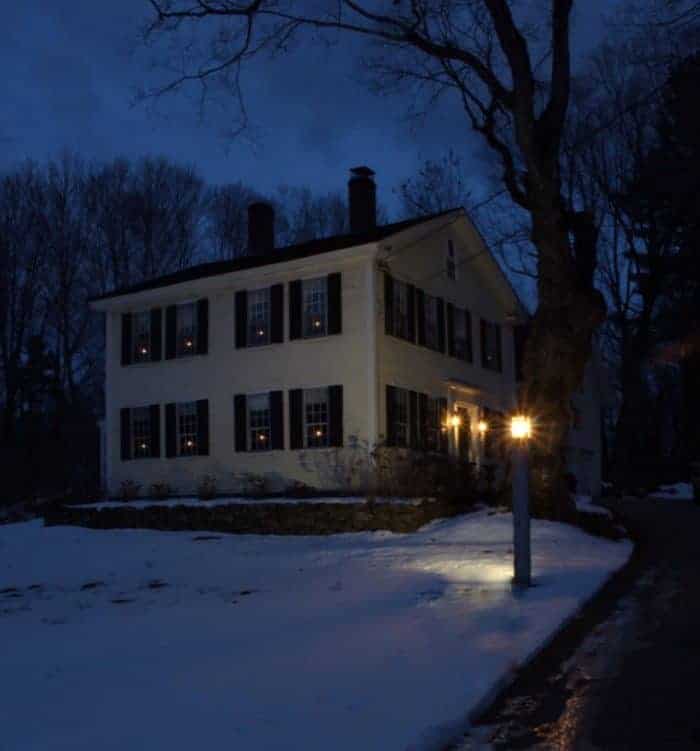 Once you set the little timer in each candle, it burns for 6 hours and will turn on at the same time the next day without your having to reset it. I kinda wish they burned all night, but no one is really looking at my house after 11 PM anyway — and the timer will make my batteries last longer.

My honest opinion — these candles are the hands-down the best I’ve ever found.

Are they perfect? Of course not. I have 24 candles around the house. Among those 24, maybe 2 have timers that are a bit wonky, lighting up a little early, staying lit a little late. That’s fewer than 1 in 10. I’ll take it.

Yes, they do require a lot of batteries, but I just replace them batteries every year with cheapies from Amozon. I get an entire November-March out of them.

They sell out every year.

A pin to remember me by! 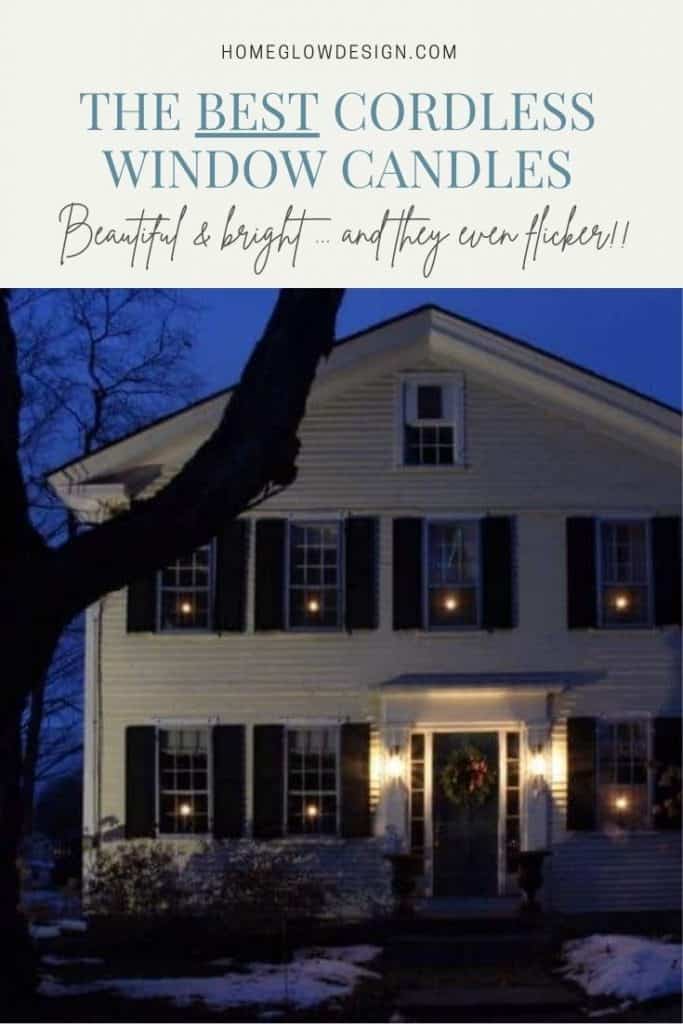 I’ll be back next week with the update from our exterior paint-scheme makeover — so you can see which of the 3 options we chose! See you next time!