How Far Would You Go for Cheap Upholstery? — My Secret Source

When we decorated the library, I originally had a second-hand, sorta wobbly chinoiserie tea table in front of the fireplace. The price was right and our budget was gone after paying for upholstery and built-ins, and it looked nice from a distance. However, with two rambunctious boys (even though they had to be on good behavior in the room), it just wasn’t standing up to the durability test. Not to mention, when the fire was blazing, I often found myself looking for a place to put up my feet.

I’d always wanted a rich, tufted leather ottoman there, and I wished I’d just ponied up during the original decoration process. A year later, I was out of cash and out of luck. I didn’t want to go Big-Box-Made-in-China when the rest of the room had been done with such care and quality, even when choosing vintage pieces, but new projects (like replacing rotting siding) had priority in our funds. What to do?

When It’s Worth Reupholstering

When you consider the cost of fabric and the cost of labor, reupholstering is really only a smart move when the piece has sentimental value or the following caveats are met:

But I knew that if I had to ask the price, I couldn’t afford it. I didn’t have any design trade resources at the time.

Then I found this on Craigslist for $75. 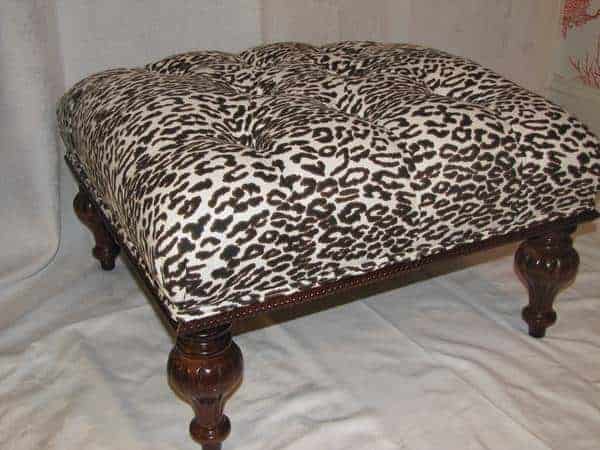 It was a Calico Corners 27 inch square ottoman (since discontinued, but something similar here). CC frames are bench made in North Carolina, so I knew it was good quality, and, even accounting for labor, I was saving at least $500.

Unfortunately, super cute as it was, chocolate leopard was not in the color scheme of the room. I’d found a Ralph Lauren full-grain leather hide from one of my favorite fabric stores on eBay (for more info on my go-to discount designer fabric sources, see my post here). So how to get it made over in leather? I didn’t know to whom to turn. So I went to … Correctional Industries at the NH State Department of Corrections, more affectionately known as:

The NH State Prison for Men 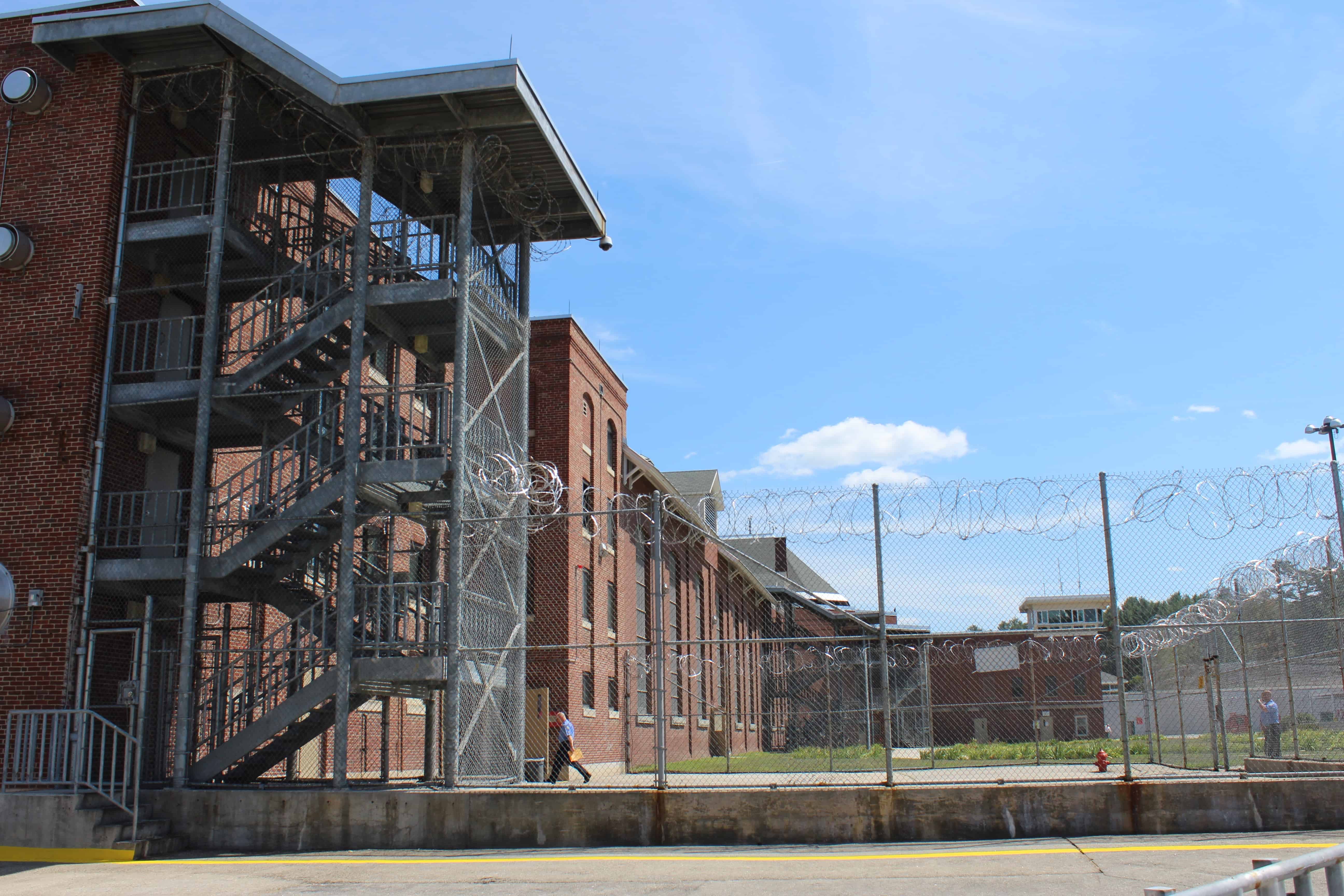 No, I didn’t actually have to go into the prison to get my ottoman. (You go to the warehouse across the street.) I just posted this photo for dramatic effect.

A little backstory. The upholstery shop at NH Correctional Industries was founded in 2000/2001 as a result of an editorial mistake by the Boston Globe. Apparently, the Globe reported that there was one (there wasn’t), but after more than 60 calls came in expressing interest, the powers-that-be (or were, as it were) thought perhaps it would be a good idea. Two inmates with upholstery experience, one from out of state, were brought to Concord, NH and the program was born.

(Side note: If you don’t live in New Hampshire, never fear. Many other states have upholstery shops as a part of Correctional Industries.)

Since its inception, the shop has been exclusively a mentorship program with inmates teaching inmates. Rules are, as you might imagine, incredibly strict. Employment is a privilege to be earned. A violation of any of more than 70 prison rules can be grounds for permanent expulsion.

Inmates begin at the beginning — learning how to sew. A talented individual might take about 9 months of daily, full-time work to a become proficient upholsterer. The shop typically employs 16 inmates, with up to 8 projects going at a time. 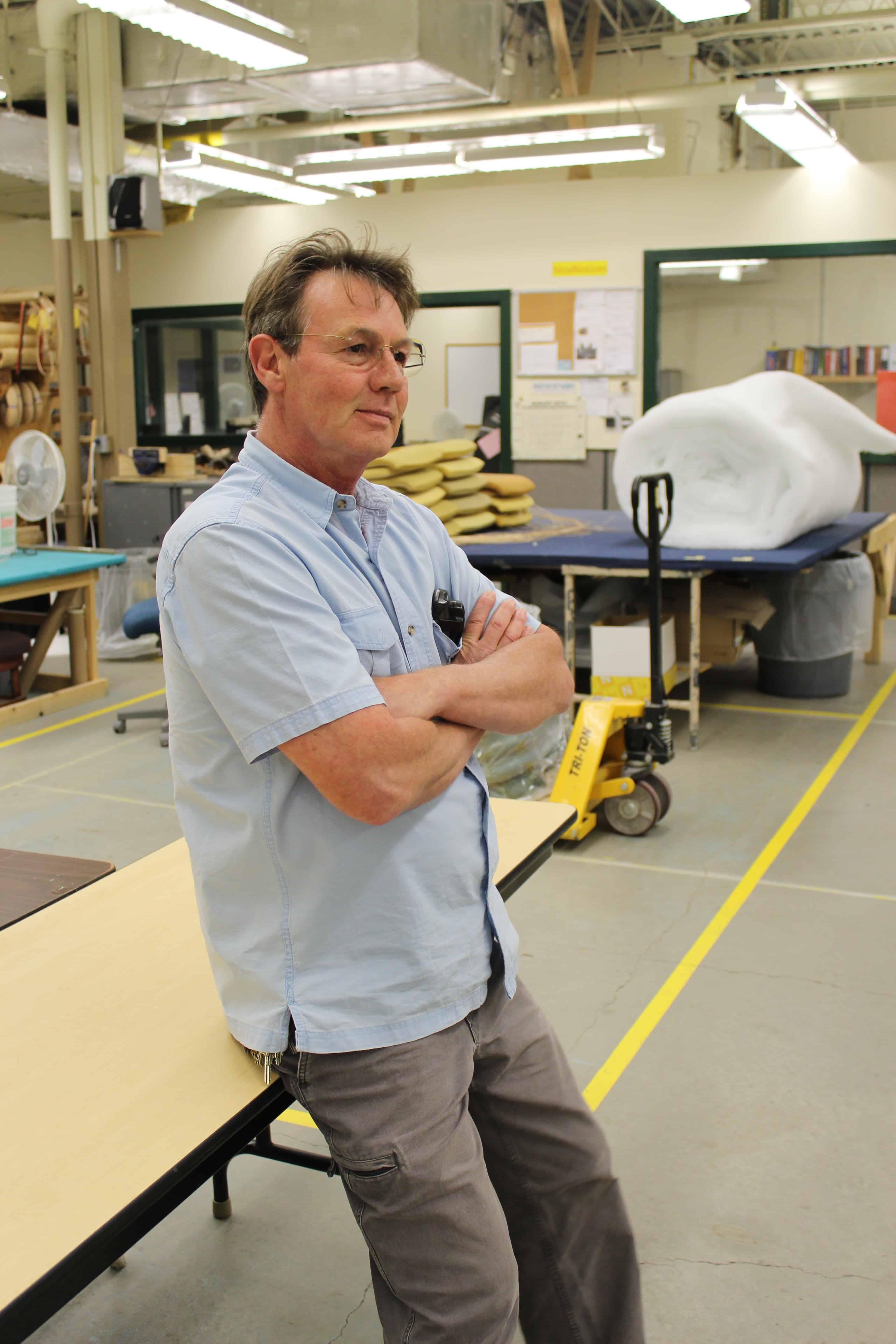 When I said Jerry was intrepid, I meant it. How would you like to have a perpetrator of a violent crime wielding a hammer next to you? See this wall of tools? 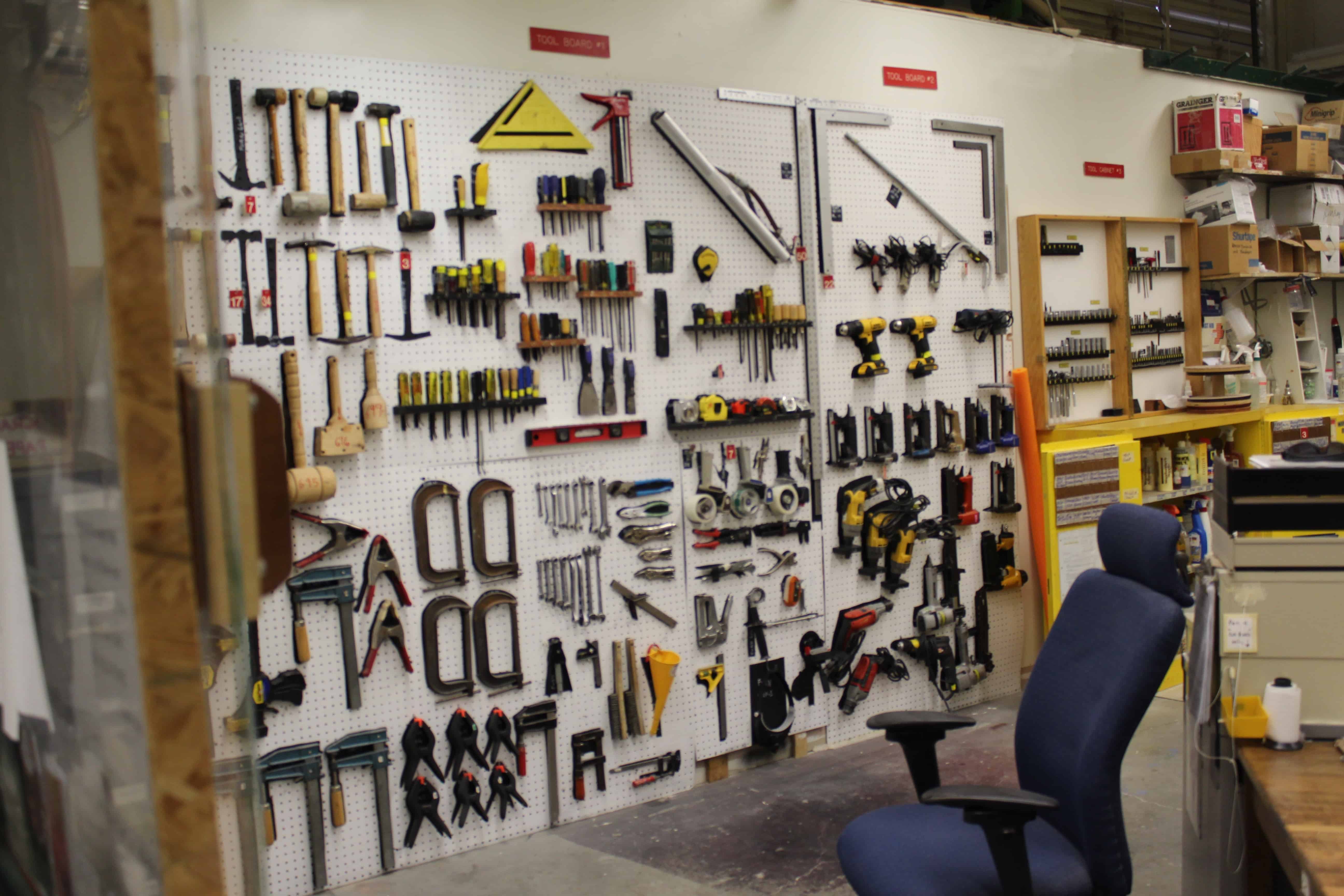 This is the Shadow Wall. Every tool has a corresponding black painted “shadow” behind it, showing which tool is out on the floor being used. Tiny little red tags with a number show which inmate has checked the tool out. At the end of the day, every single tool must be accounted for, down to the smallest NEEDLE. Then all inmates are subjected to a pat-down and the metal detector before it is safe to close.

Anyone like to sew, all you out there in the blogosphere? How many needles have you lost and not even realized it?

In a prison setting, an unaccounted-for needle can cause a lock-down situation until it is found.

But I’m getting dramatic again.

The major benefit of the program, and one far more important than that which the customers enjoy, is to the inmates themselves. Keeping busy in a constructive manner helps release the tension that automatically inhabits the prison environment. Inmates see that their daily efforts pay off in the skills they acquire and have something to be proud of — can point to something and say, “I did that.” Whether or not they go into the profession when they leave prison, those involved in Correctional Industries are less likely to be repeat offenders.

Cost to the consumer ($410 base price for a sofa, $265 for a chair, with extra for fancy tufting and cushion rebuilds) is basically enough to cover the costs of maintaining the shop and paying the workers ($3/day for new workers, a whopping $5/day for mentors). The State doesn’t want to undercut independent upholsterers who need to feed their families and so has never advertised the service to the wider community, instead relying on word-of-mouth referrals. However, that network of neighbors has made the shop popular enough to have an 8+week wait to start a project. If you’re broke enough, or highly civic minded, it’s worth the wait.

The Pros and Cons 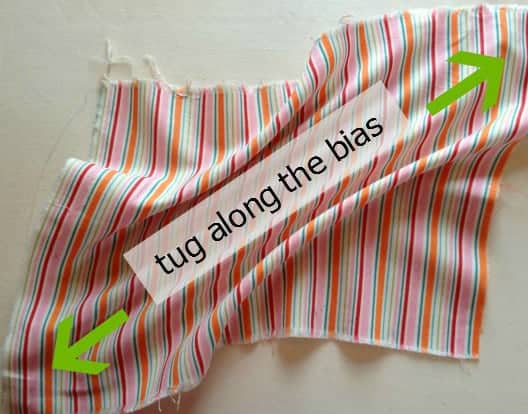 You could end up with this problem: 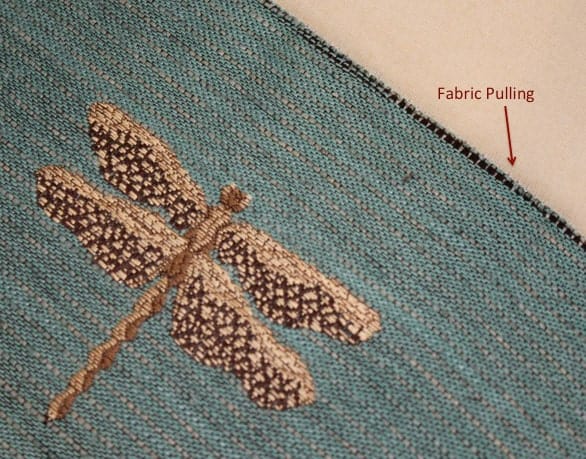 When in doubt, call the manufacturer and ask.

Let’s see what these boys can do. The curved sofa below is super cool and was not easy to do, I imagine. 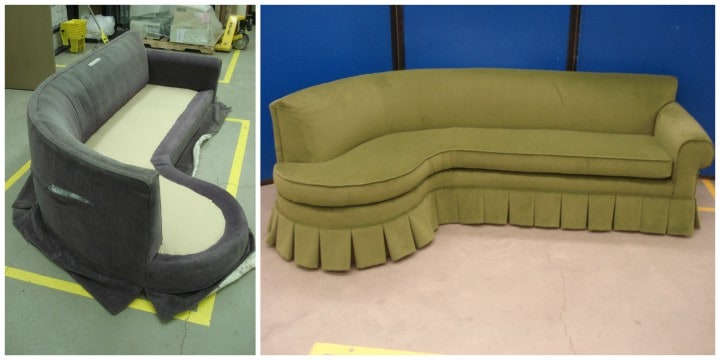 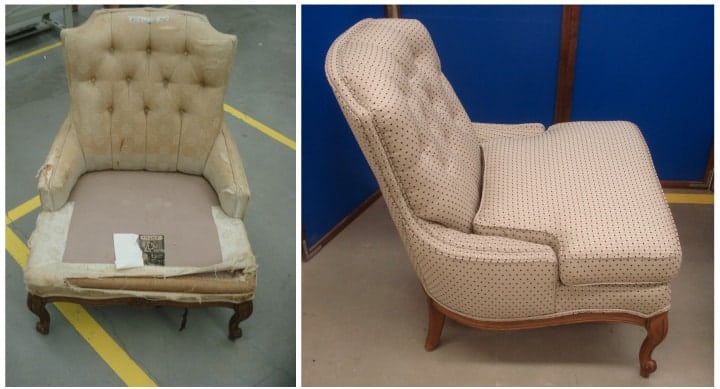 Sweet slipper chair. Would have loved to see it in a more fun fabric. The customer should have called me first! 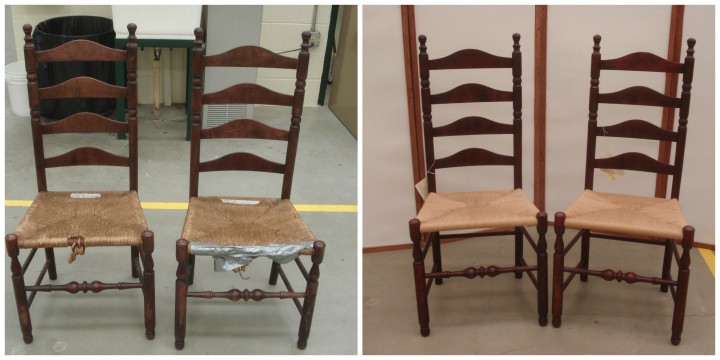 Love the lines on this piece.

Back to My Ottoman — Cost Breakdown

Back to my ottoman. Here it is in the room.

Looks pretty nice I think. My costs came out as follows:

Not too shabby. Is it worth the time, searching, headaches, doubt, etc.? Well, it might be if you’re particular like I am, but short on funds! 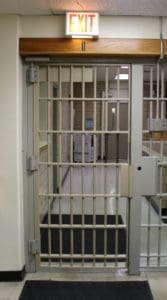 Questions, concerns, social commentary on the prison system in America? Next week I’ll be looking at an unexpected color combo for the kitchen that may have you rethinking the classic all white. And if you have any friends that you think might enjoy this blog, please pass along! You’ll earn my eternal gratitude.

En fin, “Let us say not farewell, but as the French have it, au revoir!” (Mr. Wickham in Pride and Prejudice. Jane Austen as a quote for everything.)

4 thoughts on “How Far Would You Go for Cheap Upholstery? — My Secret Source”